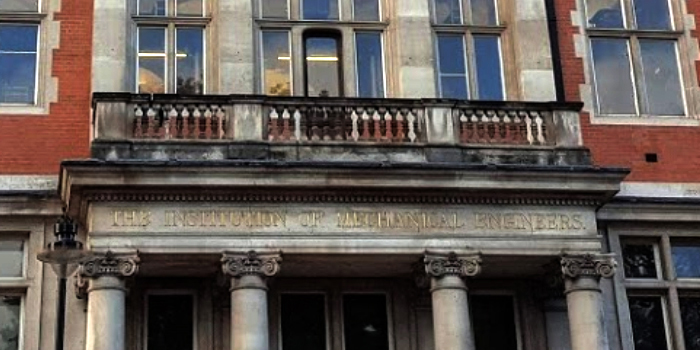 
Archivist Lucy Bonner introduces the Institution of Mechanical Engineers, a learned society and membership organisation of 120,000 engineers in 140 countries.

With records stretching back to The Bolton and Watts Company in 1726, Lucy picks her favourites from the archive and shows how the foundation letter sent out to potential members in 1847 still reflects the mission of IMechE in the 21st Century.

Lucy tells how the legendary rejection of George Stephenson by The Institution of Civil Engineers may (or may not) have been the impetus to start IMeche.

Lucy describes working on projects with other Institutions(including the Civil Engineers) and loans of material for exhibitions to other organisations including the V&A.

She outlines IMechE’s processes for decision making, such as whether to keep IMechE member Beatrice Shilling's material at IMech or with the Archive of Female Engineers at the Institution of Engineering and Technology.